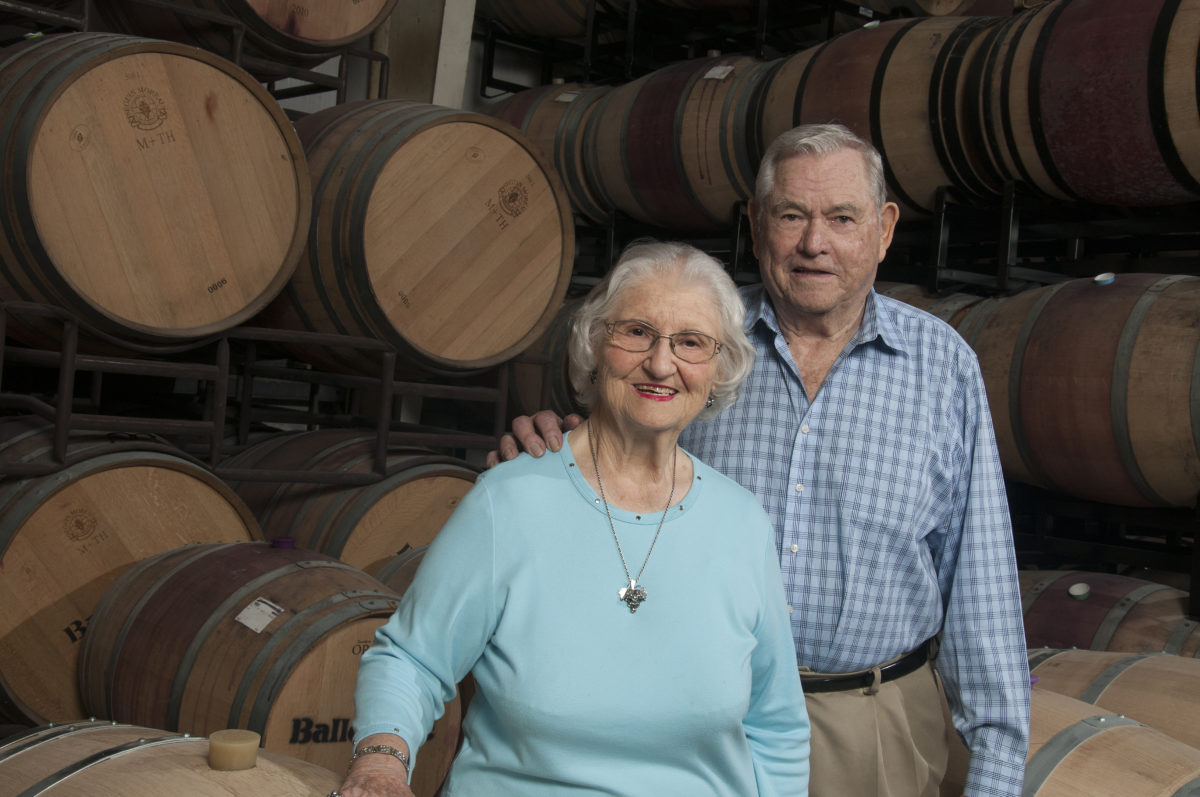 Before the Van and Betty married, they were childhood friends. Van grew up in St. Helena, and Betty grew up in Calistoga. Both were born into Napa Valley winery and farming families. They knew the hard work and dedication it took to run a winery. They both did their parts as young kids, and eventually, it made sense to have a winery of their own.

Betty Ballentine started life as Betty Pocai, granddaughter of Libero Pocai, an Italian immigrant who acquired the 115th winery bond in the state of California. Betty spent her youth running around her grandparent’s vineyards and working as a soda jerk in a local Calistoga soda shop. She attended college in San Francisco and returned to Napa Valley to work for Charles Krug as Robert Mondavi’s accountant.

Van started to make wine when he was 7 with his father, John Ballentine, at Ballentine’s Deer Park winery on Howell Mountain. Van joined the Navy and returned four years later to farm. Van continued to work with his family and helped purchase the vineyards and home still on our winery property. Van worked as a vineyard manager for Christian Brothers farming their Napa vineyards.

In 1953, long-time friends Van and Betty married, moved into their St. Helena farmhouse, and farmed their family’s vineyards. They raised two boys, Frank and Bill, in St. Helena. With the boys’ help in the summers, they were able to keep the vineyard in Calistoga that Betty grew up on, as well as the two vineyards that Van purchased with his father. Using Betty’s accounting experience and Van’s vast knowledge in the vineyards, they decided to revive the family winery, and Ballentine Vineyards was reborn.

In 1999, Van and Betty hired a young winemaker, Bruce Devlin, to help them make their wines as Van continued to control the farming of the grapes. Van passed away in 2019, but we still farm these original acres. Betty remains an integral part of winery activities as well as son, Frank Ballentine, who is our General Manager. 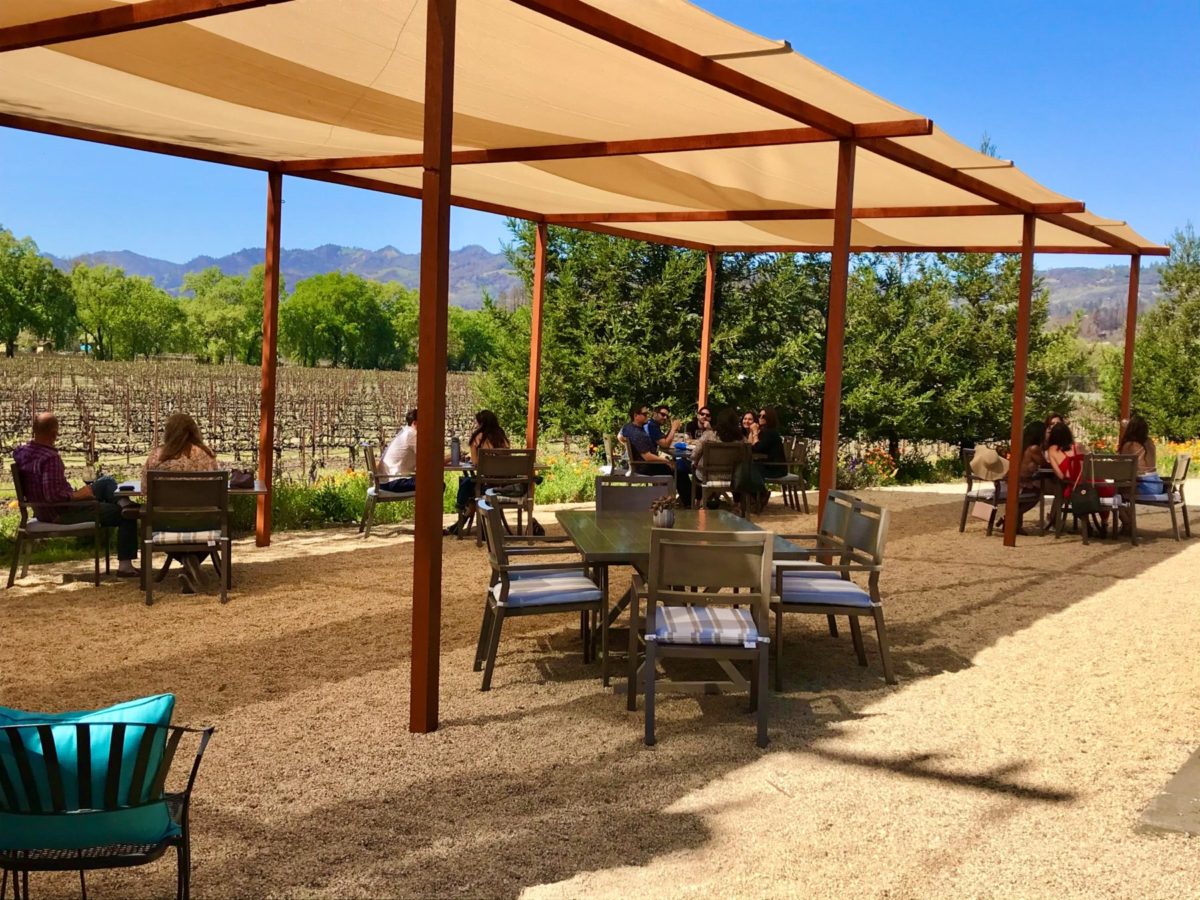 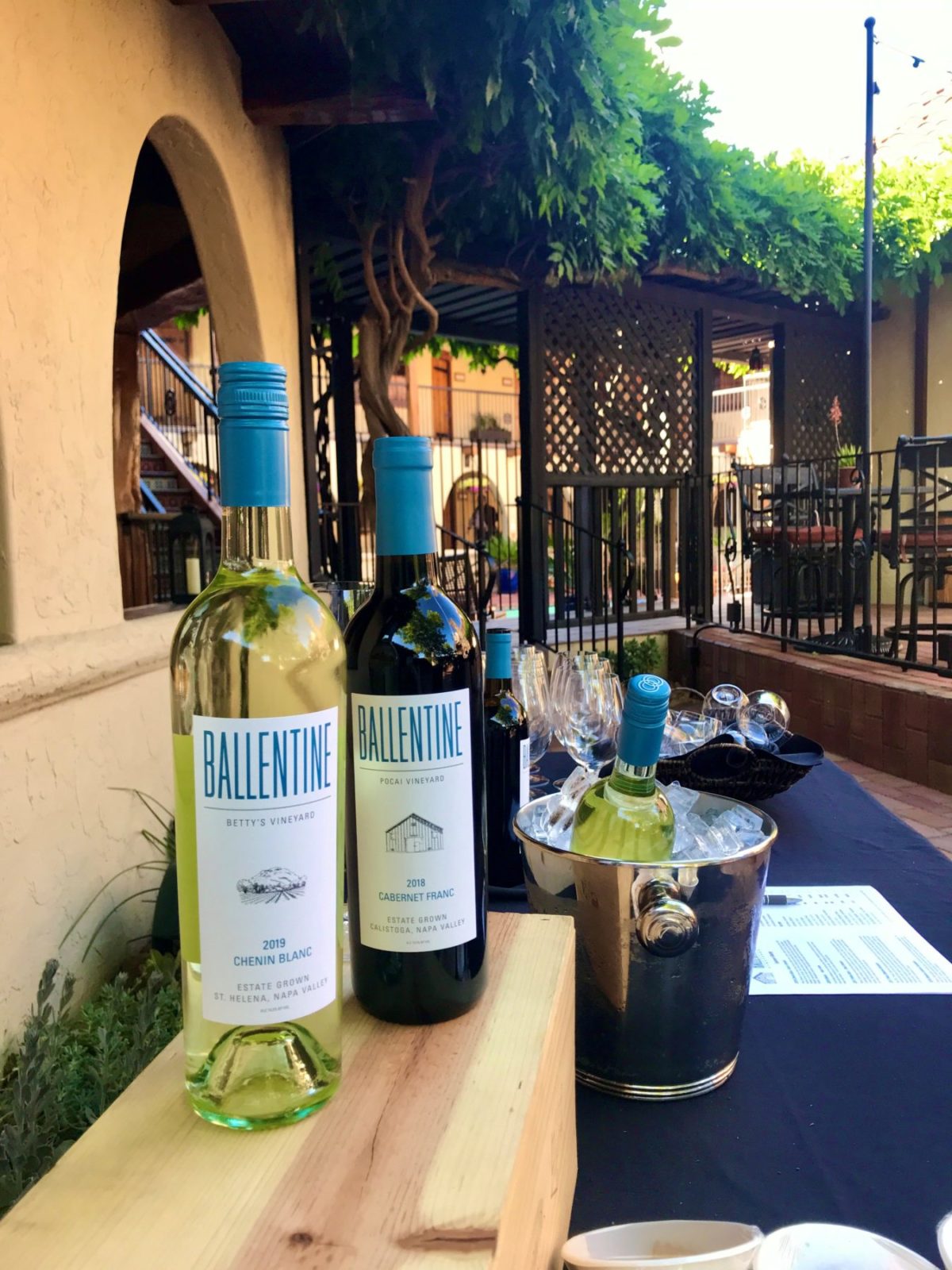